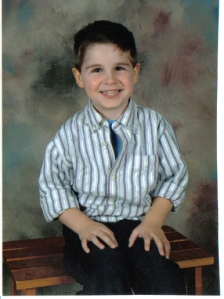 We are a family of four which consist of myself, Annik, my husband, our oldest son Jeremy who is thirteen, and our youngest son Bryce who is eight. Jeremy was born on October 1, 2002. We were the happiest parents in the world. Jeremy was reaching all of his milestones except for language until the age of one. I was concerned as he was getting frustrated and upset as he couldn’t communicate with us. I went to the doctor who referred us to First Words. Within a year, I received a call at work and that’s when it all began.

Jeremy was diagnosed with Autism Spectrum Disorder (ASD) in the fall of 2005. I will never forget the day when my husband and I got the diagnosis from the assessment at the Ottawa Children’s Treatment Centre (OCTC). Our world went spinning that afternoon knowing our child has ASD. It was hard at the beginning as we did not have much information and questioned what the future held for a child with ASD. OCTC was a big help for us as they guided us in the right direction.

Since Jeremy was already attending child care, we were automatically referred to Children’s Integration Support Services and Marie-Josée was our Resource Consultant. In February 2006 we began speech-language and occupational therapy services from OCTC. Later we accessed behavioural services to support his challenging behaviours as Jeremy would have at least 14 to 15 tantrums a day. Marie-Josée provided strategies that would support Jeremy to better communicate and socialize with the children and the educators in the daycare. We held Jeremy back a year from school as we felt he was not ready to attend and the professionals just got involved in supporting him in child care.

Jeremy attended l’École Sainte-Geneviève for senior kindergarten. Marie-Josée supported us with a transition to school plan. She shared the strategies that were successful in child care with the school staff so they could use the same strategies to support a good start to the school year. 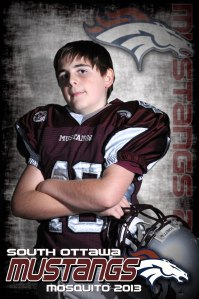 In 2009 Jeremy was diagnosed with attention deficit hyperactivity disorder (ADHD). In 2010 we accessed additional therapy for strategic tools and a psychological assessment to better understand and support his academic learning. In August of 2012 we received a new report, just in time for the new school year. We were able to make changes to his Individual Education Plan (IEP) and implement strategies to help him better succeed in school.

Now Jeremy is attending Franco-Cité! He is in a class of 10 children with ASD, he is getting the individual support that will prepare him to integrate into grade 9. He was accepted in the sport-study program and plays football. In the fall of 2016 Jeremy will be playing football for his school and participating in games. 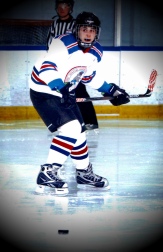 Jeremy loves to try different things in life. He has tried many sports since the age of three such as swimming, soccer, taekwondo, skating and football. One sport that he always wanted to play was hockey as he wanted to be part of a team. This dream came true in 2015 when this new hockey league called Special Hockey Heroes was created. Jeremy is playing hockey now and is in love with the sport.

We have no idea what the future holds for our son. Jeremy dreams of being a police officer, a mechanic or a chef. His teacher told me she sees him working in a greenhouse one day, as he likes taking care of plants. Currently Jeremy is doing very well in school; spending time with his friends on his hockey team and on our street. One positive thing about Jeremy is when he wants something out of life he goes for it!

Containing resources on COVID-19 and more for families and child care staff.